AJEET CAUR, ARPANA CAUR AND THERE INSTITUTION FIGHTIMG ENDLESSLY FOR PRESERVATION OF HISTORICAL HERITAGE OF DELHI AND ELSEWHERE 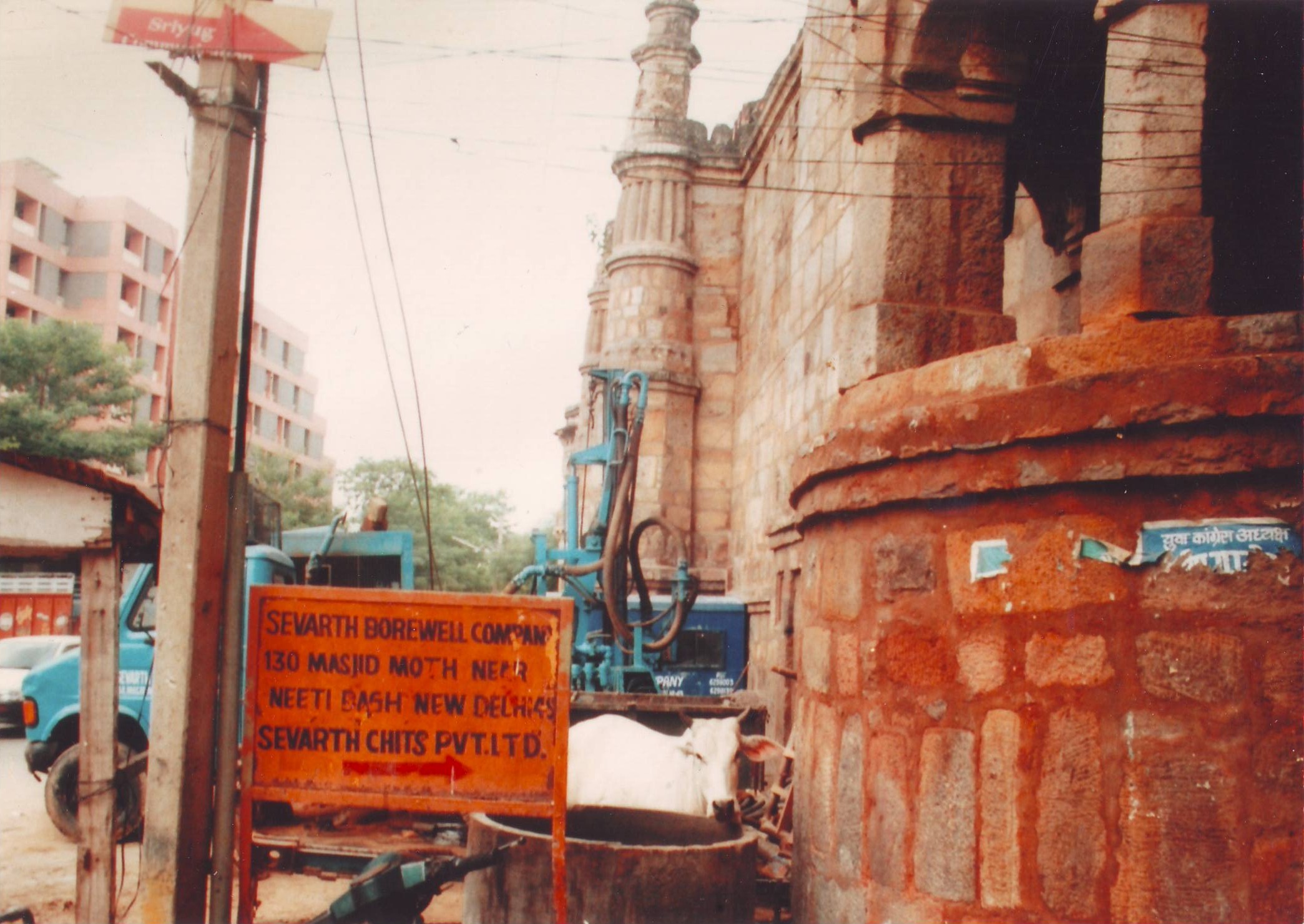 Since I and my writer colleagues in our cultural institution, Academy of Fine Arts and Literature and its sister organization Foundation of SAARC Writers and Literature, have been working for the last 30 years to save Delhi’s precious heritage, and also out of Delhi sometimes, I welcome you to the Ministry of Culture where you can make a profound policy for saving our irreplaceable cultural heritage, and also order ASI to save our historical heritage.

Here are a few of the glaring examples.

There are many more, which we can share next time.

Blatant vandalization of the Khilji period remains of Siri Fort Wall, the only place in the world where Mongols were defeated.

In 2002, in response to a PIL the High Court ordered ASI to give their verdict about the two structures which violated the ASI protected heritage

1. Illegal Encroachments-Structures of Asiad Tower Banquets, an illegal transaction done by DDA itself, against which CBI enquiry is going on. and DDA Officers Club, which was built on a historical mound, in the close vicinity of Siri Fort Locality.

2. A group of right minded citizens, including us, and renowned historians like Prof. Refaqat Ali Khan and Prof. Kapil Kumar set on dharnas, reported to the ASI and to the police, but DDA behaves like and is, the biggest land mafia of Delhi, so they went ahead to build there palatial building, just behind the Siri Fort Auditorium, and outside the gates of Siri Fort Sports Club.

Early morning, every day we used to go and collect precious remnants from the rubble of the foundation-digging. Here are the pictures : 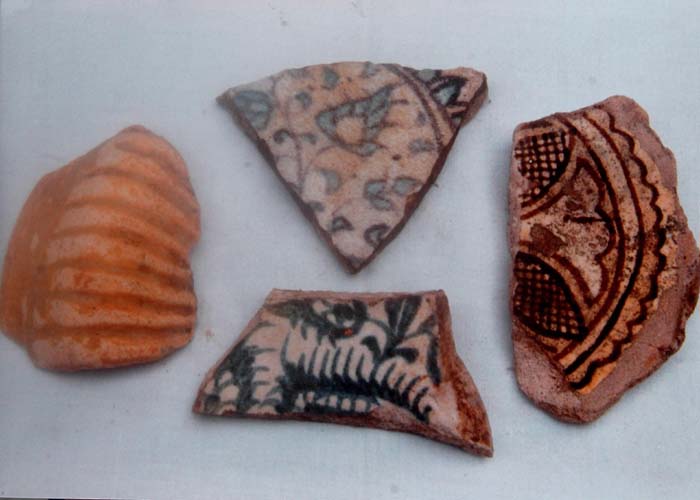 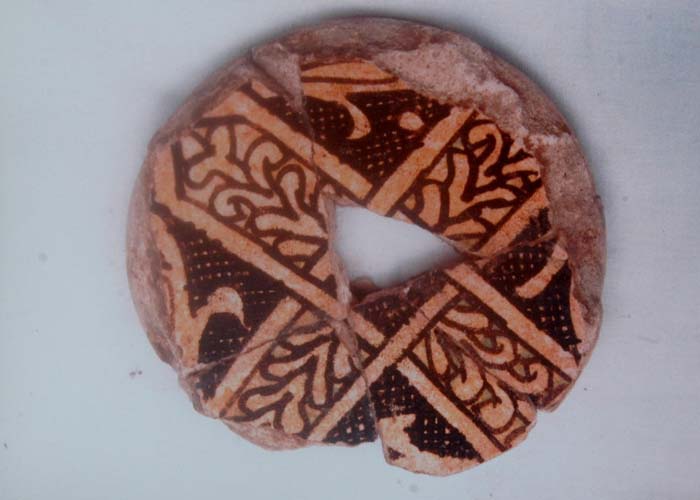 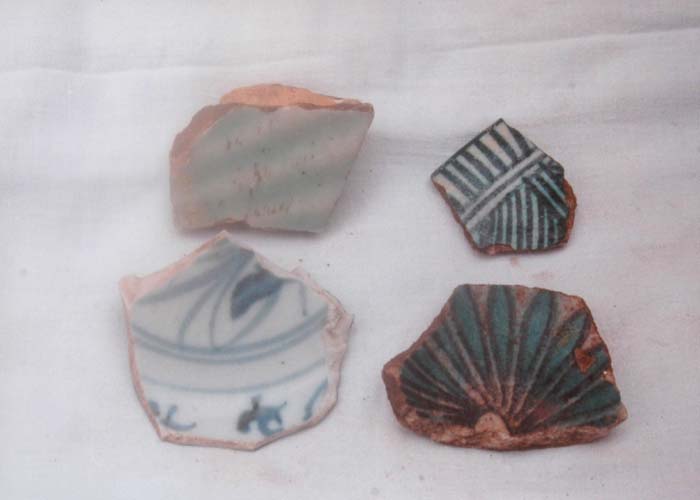 One of these pieces is from a Chinese Pot. 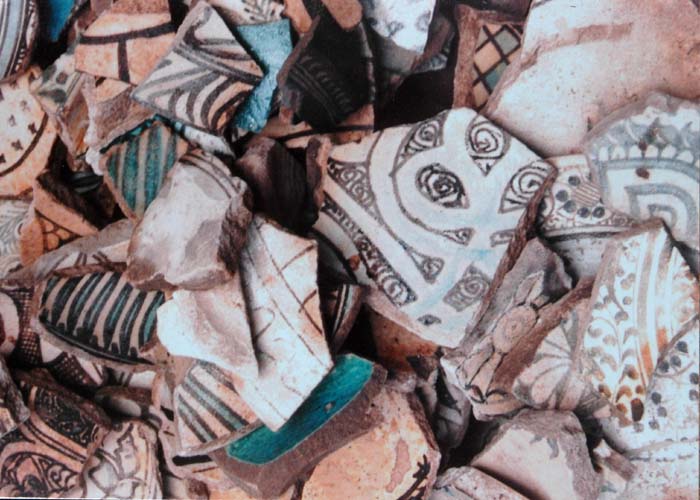 anthropologists and historians who have seen them

Due to the Orders of the Court, The ASI ordered to DEMOLISH BOTH.

1 The Asiad Tower Banquets is a Public Park, with Siri Fort wall on one side and Bulbul Ki Masjid as the other, BOTH ASI PROTECTED MONUMENTS.

A part of this Park, with a huge Water Tank in the middle, has been illegally leased out by DDA. And the rest of the sprawling park has been illegally encroached upon by unscrupulous, millionaire banquet organiser Mr. Mahesh Kapoor.

THE MOST AMAZING PART OF THE STORY IS THAT THE TOWER RESTAURANT IS AT THE TOP OF THE WATER TANK OF ASIAD VILLAGE. THE TANK STANDS IN THE MIDDLE OF THE PARK.

‘PARK OF NATIONS‘, AND ON TOP OF THE HUGE WATER TANK HE ASKED THE BUILDERS TO BUILD A ROUND VIEWING GALLERY.

DDA converted the viewing gallery into a restaurant. Nobody bothered because it was also meant for the people who used the Public Park.

But to sell off the Public Park, or at least a part of it, and also the Water Tank of Asiad Village, is beyond anybody’s wildest imagination !

Only DDA could churn out such a monstrous idea !

The DDA and the millionaire land mafia have managed to butcher his dream. WE OWE IT TO HIS MEMORY THAT HIS ORIGINAL VISION BE RESTORED.

And this needs your urgent intervention, dear Minister of Culture, because in the process they (the DDA which leased out the Tower and the land, and the people who bought it) have encroached upon two most important PROTECTED MONUMENTS

a) SIRI FORT WALL, where Mongols were defeated for the first time anywhere in the world.

b) BULBUL KI MASJID : a place in Prayers, which the encroachment of Asiad Tower people are using as a ‘bar’. A great shame and great hurt for all secular minded people.Our protests don’t reach deaf ears. The whole encroached Public Park is guarded by gun-toting security.

The legal facts in nutshell are, which elaborate the legal position of ASIAD TOWER BANQUETS According to clause XV of the Lease Deed :