The Workshop was formally inaugurated in a function held at the Belur Muth by Swami Atmapriyananda, the Vice-Chancellor of Sri Vivekananda University who dwelt on some aspects of translation, especially between Sanskrit and English, and Bengali and English. His emphasis was on the cultural nuances of translation and the possible pitfalls in their transference that he illustarted with many humourous examples. Mr. Tyagarupananda, the Principal of Vidya Mandir welcomed the guests. Prof. K. Satchidanandan pointed out in his introductory remarks to some recent developments in translation theory that refuted the older arguments about the impossibility of translation, and spoke of the importance of this workshop which was the first of its kind.

The session that followed was chaired by Prof. Supriya Choudhuri. Prof. K. Satchidanandan, Dr. Asif Farroukhi, Prof. Kaiser Haq, Prof. Abhi N. Subedi and Mr. Tshering Dorji spoke of the current state of literature and translation in their respective countries. This was meant chiefly to introduce the literatures of the region to one another and to provide a background to the discussions that would follow.

After these two open sessions, the discussions during two days of concentrated, serious, intellectual deliberations were confined to the suggestions from the participants. Some of the ideas that came up during the first round of discussions were:

1.     The works we choose for translation must be those that truly reflect the culture and ethos of the people of the respective regions.

2.      The focus should be on contemporary writing; living writers as well as important writers of the last few decades who are no more may be considered for translation.

3.      English can be used as the link-language in the case of languages where it is impossible to have direct translations.

4.      there can be anthologies based on genres and themes, which could first be done in English and translated into main languages of the countries later, while FOSWAL should also explore the possibility of translations of individual works in regional languages.

5.      Funds permitting, support also may be offered to individual translation proposals that conform to the objectives of FOSWAL. 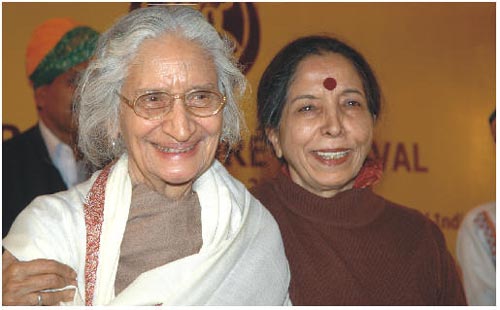 6.Translation workshops may be tried in the case of anthologies where the translators may bring drafts and discuss them with the authors/experts.

7. Tie-ups may be tried with publishers/distributors so that the works find a readership in all our countries.

8. There should be book launches in different countries.

9.  The books should also get reviewed in important journals so that readers’ interest is aroused.The following decisions were taken at the end of the