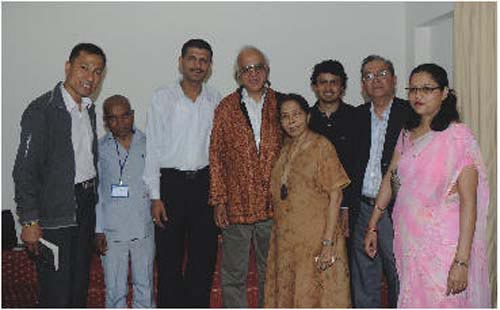 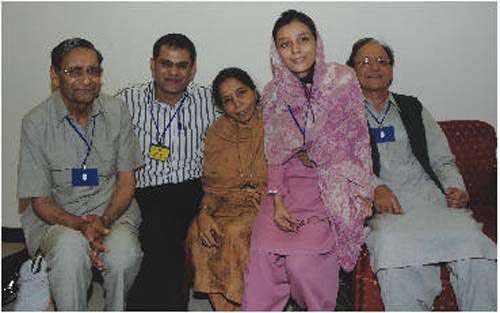 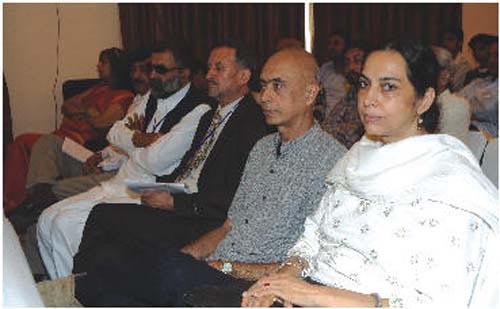 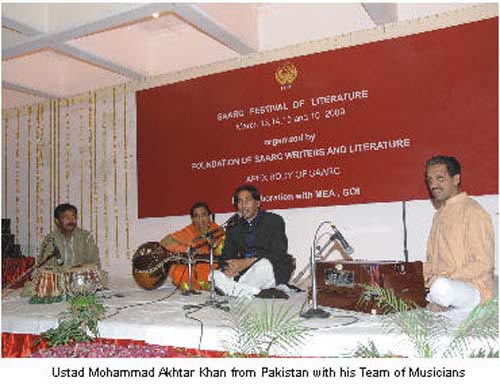 The renowned diplomat and scholar, Dr. Abid Hussain, spoke on the occasion and praised the important contribution of FOSWAL and Ajeet Cour, in particular, to the cause of peace and harmony. Om Thanvi, Editor of Jansatta, also addressed the Delegates and exhorted them to find out newer ways to articulate specific problems like Terrorism.

In the Afternoon Session of Readings, Davendra Issar and Anishchay Chakraborty of India read out their stories.

Late in the evening, a perceptive documentary film on Bhagat Singh, curated by S. Irfan Habib and produced by Gauhar Raza was screened. The film very sensitively highlighted the legendary greatness of Bhagat Singh and his revolutionary ideas, which have made him immortal.

On 15th March, Selina Hossain and Khondakar Ashraf Hussain of Bangladesh presented their papers along with Dr. Dambar Bir Thapa and Dr. Ram Dayal Rakesh of Nepal. Fakhar Zaman, the Chairman of Pakistan’s National Academy of Literature, chaired the Session. In his Presidential Remarks, Fakhar Zaman elaborated upon the phenomenon of Terrorism and the ways of dealing with the problem.

In the Afternoon Session, short stories were read out by Parveen Atif of Pakistan, Pudhuvai Ra. Rajani and Sibananda Kakoti of India, and were applauded by the audience.

It was followed by Poetry recitation in which I.P. Adhikari and Teejan Subba (Bhutan), Sachin Ketkar, Sudha M. Rai, and Shashi Tiwari (India), Suman Pokharel (Nepal) and some other poets shared their poems with the audience.
Late in the evening, the Delegates enjoyed the Sufi music presented by Ustad Mohammad Akhtar Khan of Pakistan.
In the Valedictory Session, Prof. Mushirul Hasan, Vice-Chancellor of Jamia Millia Islamia, highlighted the elements in our society which are providing a ray of hope, even in the present gloom. He expressed his faith in the community of writers and hoped that their deliberations would lead to rational and positive ideas.

In an emotional thanksgiving, Ajeet Cour recalled the History of FOSWAL and the various stages through which the organization had come up to the present stage. She profusely thanked all the Delegates and hoped that the movement would get stronger in the years to come. She said : “In times of terror, the writers and the whole creative fraternity is duty-bound, through the voice of our own conscience, to walk all the way, on the pilgrimage of peace. Together ! Determined !”

In this last session of the SAARC FESTIVAL OF LITERATURE, the gathering of writers came out with the Agra Declaration, which was read out by Dinesh Misra. It got unanimous approval. 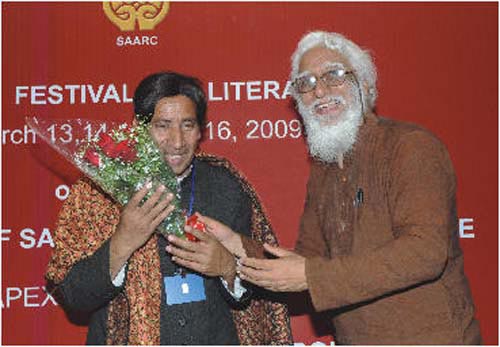 We, the writers, artists, thinkers, journalists and social activists of SAARC countries, view the present scenario of Terrorism and hateful animosities with alarm and deep concern.

We know that Terrorism is a man-made problem which can be solved, and has to be solved, by the society, if it wants to survive.

Terrorism is violence at its ugliest and it is defacing human culture. SAARC countries are unwilling victims of this inhuman aberration.

It is in this context that the writers, artists, media people and socially conscious intellectuals of the SAARC countries have come together to understand and realise the ferocity of the menace of Terrorism to all the SAARC countries and the humanity at large.

Terrorism is a phenomenon that cannot be tackled by arms and weapons alone; the society as a whole has to become alert to this grave danger.

We, the writers of the SAARC countries, hereby pledge ourselves to the struggle against Terrorism anywhere in the world and we commit ourselves to work ceaselessly towards fulfilment of the avowed Pledge. 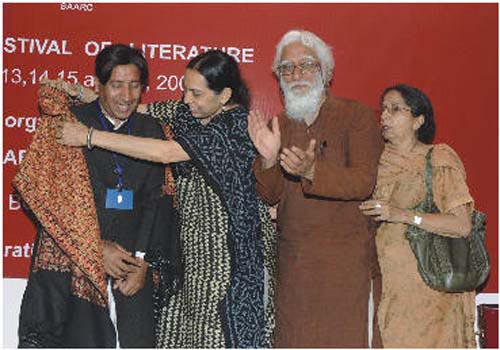 On the last day of the Festival, i.e. on 16th March, the Delegates were taken around the city of Agra for sight-seeing. Of course, Taj Mahal was the main centre of attraction for everyone. The Delegates had a close look at one of the wonders of the world. The air was thick with Photography, the delegates clicking at the magnificent monument and also getting themselves photographed with the Taj in the background.

After a few hours’ wonder-struck communion with the Taj, the Delegates got into their buses and left for Delhi, with a jostling crowd of memories of the Festival in their minds.

The SAARC FESTIVAL OF LITERATURE provided a great opportunity to the writers, artists and media persons from SAARC region to be together and deliberate upon the imminent threat of Terrorism. It enabled them to make effective suggestions to tackle the problem and to lead the humanity back to an era of harmony and peace.

The SAARC FESTIVAL OF LITERATURE 2009 was conceptualized, planned and successfully organised by the indomitable Indian author, Ajeet Cour, the Founder-President of FOSWAL (Foundation of SAARC Wri